Four ways to win the future of MedTech wearables

Extract from this site

Despite the momentum, consumers haven't yet reached the apex of the health wearable adoption curve. Breakout innovations in biometric sensors and miniaturization point to an even bigger boom waiting just around the corner.

As things heat up, new and incumbent companies are eager to capitalize on the trends. But which ones will win? 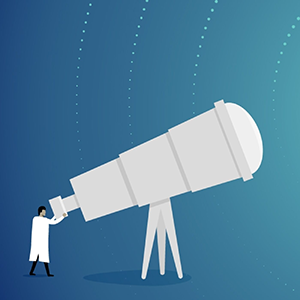 SPONSORED BY DELVE
How to design for healthcare: A four-part series

You probably know a medical device that left users unhappy. Here's how to avoid that in your next project—deliver and commercialize a human-centered product.

Industrial design expert Eric Mackey from Delve, a product strategy, design and engineering consultancy that has completed more than 1,000 medical device projects, suggests that these four factors will very likely put manufacturers ahead:

There's more to the wearable market than smartwatches and wristbands. Successful brands will glean opportunities in other areas while optimizing the digital experience, too.

"The wrist was the first place on the body that manufacturers staked a claim because it's already a familiar piece of fashion and, for the most part, it's where a broad range of biometric data can be generated," said Mackey, Director of Industrial Design at Delve. "But if you're going to try and compete in the wrist space now, it will be difficult to create something that will stand out."

Glucose monitoring tools that can be worn on the upper arm or belly, like the Delve-designed Dexcom G6, demonstrate the potential of non-wrist wearables. As long as the technology integrates seamlessly and passively, you can expand wearable design from head to toe.

"Anywhere on the body is fair game, assuming you can still get the data you're looking for," Mackey said. "You're starting to see some players integrate technology across a wide range of fashion choices, from clothing to jewelry. These are all really good ways to stand out in a crowded market and gain adoption."

2. Integrate and act on environmental data.

While important, biometric data is not the only factor determining health; things like air quality, UV exposure, altitude, or sound levels can also influence wellness. Many wearables account for these environmental metrics, but they're user-dependent: A person has to manually enter the info, leaving room for error and missing data.

That's why the winners in wearable tech will be those that can gather environmental data, either directly or through other connected devices, such that patients and providers can understand the full picture.

"When you combine inward data with outward data, you're building a richer data source that gives additional context to health wearables," Mackey said. "Not only can this give the user more insight into their current health picture and environment, but it could also cue other smart devices to adjust a living space for more optimal conditions."

3. Make the patient feel part of society, not stigmatized.

Certain medical conditions carry a stigma—and if you're wearing a device for that condition, that stigma can transfer to the wearable itself. There's a natural resistance to new technology when it's not familiar or comfortable, Mackey says.

"The challenge is making sure that it doesn't feel strange or intimidating, especially when they aren't using the product by choice," he said. "You have to understand how people might perceive someone wearing the device and aim to reinforce more positive peer perceptions."

Mackey says this means making med tech wearables more fashionable and desirable, so the focus is on the person and not their condition.

One example of this is the Eclipse system, a Delve-designed device for women with accidental bowel leakage (ABL). About the size of a compact mirror and just as sleek, the device fits inside a purse for discreet access in public restrooms.

When devices are built like this—with inclusion from the start—you increase usability for a much broader market, Mackey adds.

Devices should not only be concerned with today but also with tomorrow. And yet in a world where fashion and tech change instantly, future-proofing is a challenge. To keep wearables current, Mackey says companies should think hard about their products' realistic lifespan, both physically and digitally.

"If you're creating something for fast fashion, you have a lot more flexibility when it comes to design," he said. "But when the product has a longer shelf life, that's when you consider approaches to make it more enduring, like engineering it to be modular or configurable."

Software updates can also make wearables more evergreen, even when the physical device is an older generation. Creating a more immersive digital experience helps to future-proof technologies from the get-go.

And finally, Mackey says, think about the product's end-of-life. As important as the impact may have been at a wearable's peak, devices that win this boom will also be those that die responsibly.

"Sustainability is a huge opportunity," Mackey said. "Right now this could be a cost to business, but in the future the companies who figure out how to make sustainability work for themselves, the user and the planet will come out ahead."